Saanich police members remember the ultimate sacrifice of Const. Robert ‘Barry’ Kirby, who was the first and only Saanich police office to die in the line of duty.  Killed on April 24, 1960, this year marks the 59th anniversary of his death.

A permanent display honouring Kirby’s service can be seen at the Saanich Police Department in the Kirby Room that was named in his honour. 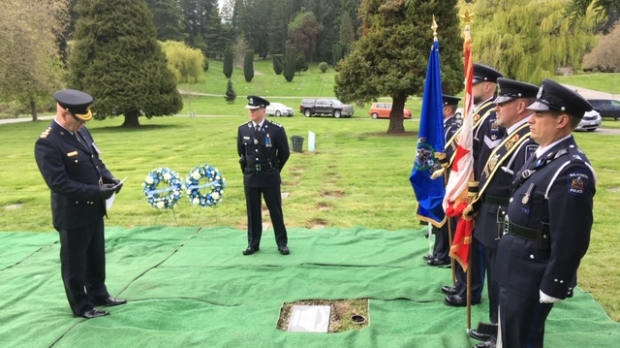