Wounded Warriors Canada is a national mental health charity whose mission is to honour and support Canada’s ill and injured Canadian Armed Forces members, Veterans, First Responders and their families.  The organization has created an innovative approach to mental health that uses clinical best practices and evidence-informed care to create an environment of compassion, resiliency and hope for individual members and families affected by Operation Stress Injuries, such as PTSD.

Wounded Warrior Run BC is an annual event created to increase public awareness and financial support for Wounded Warriors Canada.  A team of 8 dedicated runners ran relay-style the length of Vancouver Island – Port Hard to Victoria – in just 8 consecutive days from February 23 to March 1 running a total of more than 600km.

The 8 dedicated runners for 2020 consisted of 3 Police Officers (Daryl Baswick, Samson Haire with Victoria Police Department and Maria Marciano with the RCMP in Port Alberni), 1 Paramedic (Mark Blachuras), 1 Canadian Coast Guard Rotary Wing Engineer (Mike Bowen), 1 Manager of Personal Support Programs for the Canadian Forces (Matt Carlson who is the Head Runner for the Team), 1 CRD Fire Communications Operator (Ashley Duncan) and 1 Military Spouse (Rebecca Schillemat).  For the most part the run relays are one runner at a time, however, there are times that some runners will run together and the whole team, including the support team, will run. 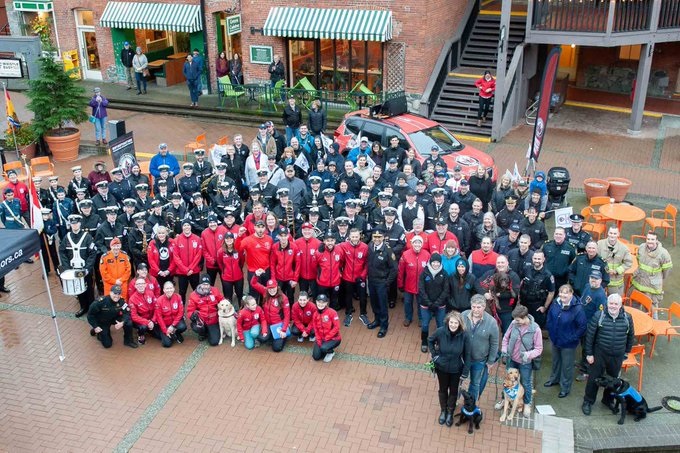